The buzz around a lot of dinner tables around the country and certainly here in Mississippi revolves around football at this time of year.  That is not so different around our BCV dinner tables.  This is definitely the case in a cottage where a 15-year old resident is working hard to earn some varsity team playing time on the field this fall.

Cade* has always loved football.  Whenever given the opportunity he enjoys a pickup game in the backyard.  After coming to The Baptist Children’s Village, he was encouraged by some friends to try out at school for the high school team.  His first 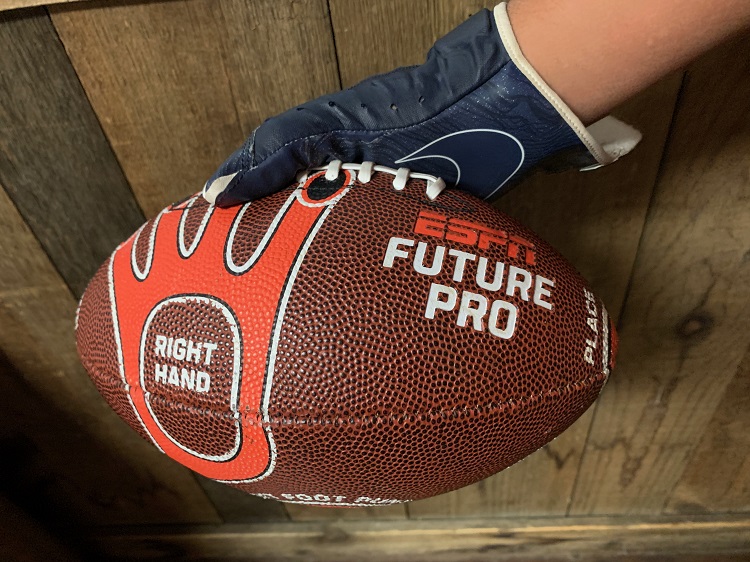 exposure to the organized sport was filled with mixed emotions.  He was excited but admits, “there was a battle of two voices—one saying, ‘you can’t do this’ and the other saying, ‘you can do this.’”  He was anxious as he waited to hear whether or not he made the team.  Those nerves turned to excitement when he heard he was now on a football team.  Cade remembers he was happy and quickly settled into a new routine that included football conditioning.

Jance Riley also sees parallels between his athletic career and his spiritual life.  Jance, whose mother is a BCV alumnus, is a kicker for the Mississippi College football team.  Jance had played soccer most of his life and excelled at the sport.  He had an unexpected opportunity, however, to join the high school football team in his junior year and explains, God used him for that

time to fill a need and He has opened many doors since then for him.  Jance is often surprised at the path on which God directs him, but never doubts that God has a plan for him.  The connection between his athletic life and his spiritual life is strong and seamless. Jance recognizes the abilities and gifts God has given him and is determined to use those gifts and whatever opportunities he has to magnify his Savior.  Jance is quick to tell his admirers that, “It is not me.  God did that.”

Jance came to know Christ as his personal Savior in junior high but feels God has always been a part of his life.  He sees how God has used many life experiences to grow his faith.  He is grateful for all the awards and accolades in his athletic career but emphasizes, “I want people not to see Jance Riley, but to see the God I am praising.”

Both Cade and Jance are excited about the fall.  Jance loves the Mississippi College Choctaws and looks forward to a successful college football career and has plans to pursue a law degree.  Cade is considering an engineering degree but is most focused right now on getting ready for his varsity team debut.

Just as BCV friends invested in Jance’s mother, April, they are investing now in Cade.  April has taught Jance many of the life skills she learned while living at the BCV.  Jance, smiles, “She has done a good job raising me.”  Both young men have the opportunities they do today because of the generosity of many who have, and are, changing generations by changing one life at a time.

Changing one life at The Baptist Children’s Village changes generations.

*The name has been changed to protect the identity of the BCV resident.

Do you know a child or family who needs our services?